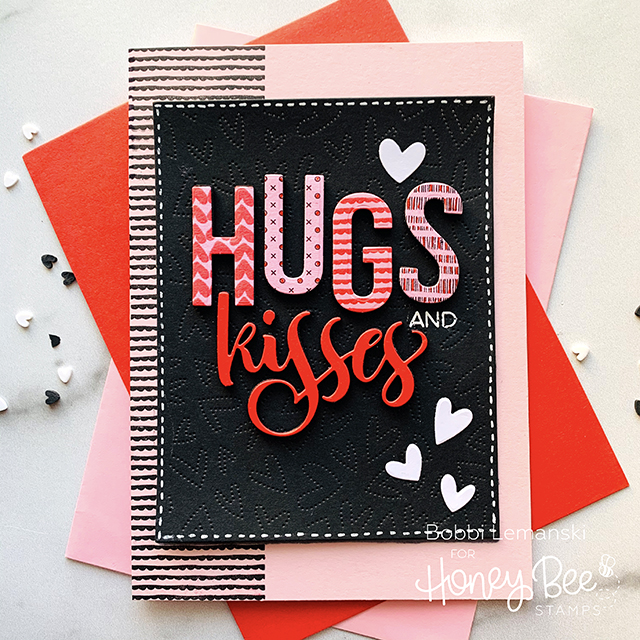 It’s day 2 of the Honey Bee Stamps “Bee Mine” release.  I have two cards to share, Valentine’s Hugs and Kisses (shown here) and the XOXO card in my next post (shown below). 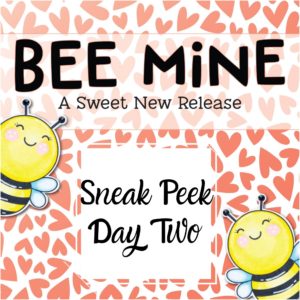 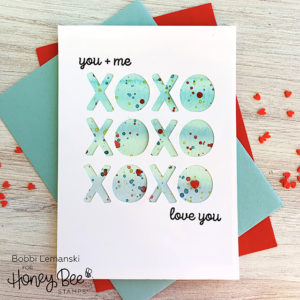 Today’s Valentine’s Hugs and Kisses card features several of the new products available in the Bee Mine release available now. The products featured in this card include: 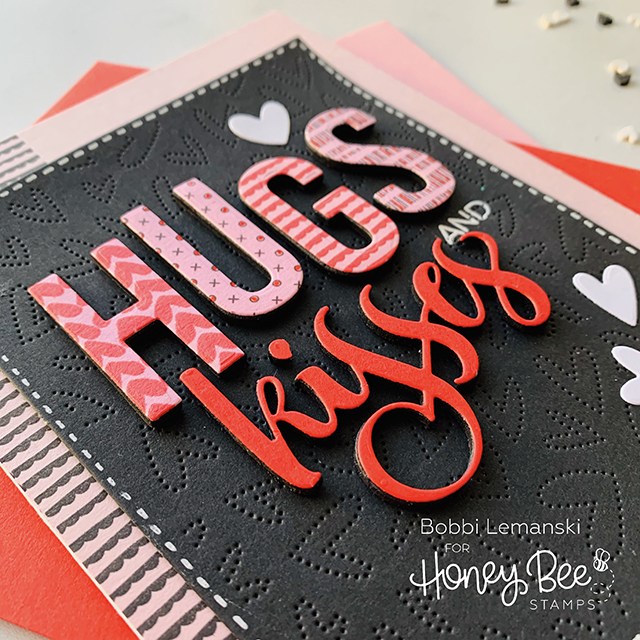 This card is a 5″ X 7″ card. To make this card, I started by adding a pattern strip down the left side of a pink card base using one of the patterns from the Valentine Pattern stamp set. Next, I die cut a 4.25″ X 5.5″ black background using the Fluttering Hearts Pierced Coverplate die. I added white stitching around the edge for contrast. 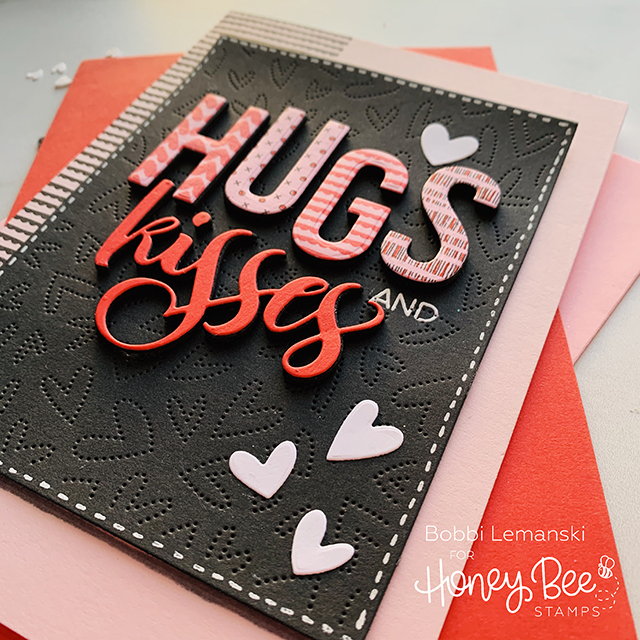 Next I stamped squares of patterns in shades of red, white and black on pink cardstock.  I die cut the HUGS letters and backed them with black 4mm craft foam for dimension. (Side note: Did you notice my mistake, here?! The H is upside down!)  I did the same using the script, kisses word die. After positioning the letters, I heat embossed the word “and” in white. The “and” is from the Kisses Buzz Word stamp set. After the word dried, I attached all the letters and script word. 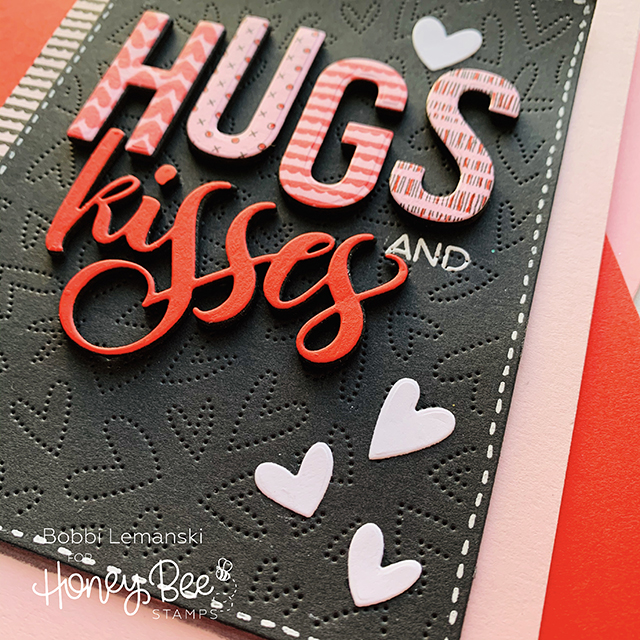 The small white hearts were die cut from the Fluttering Hearts Coverplate die. The hearts complete this Valentine’s day card! Now head on over to my next card, XOXO, featuring more new products from the Bee Mine release. 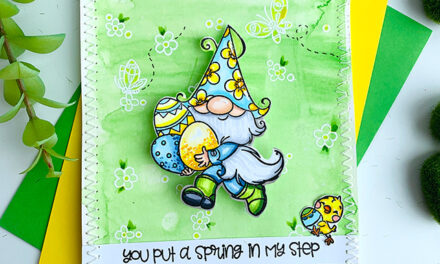 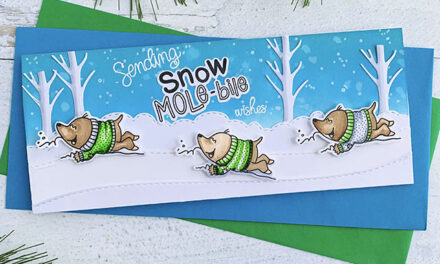 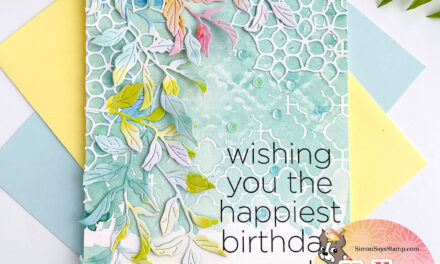 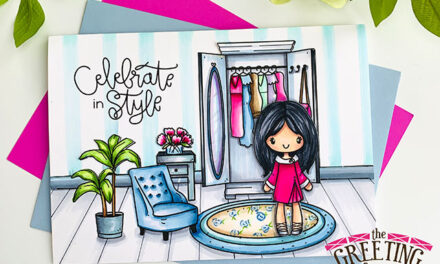