Yeti or Not Christmas is Here! 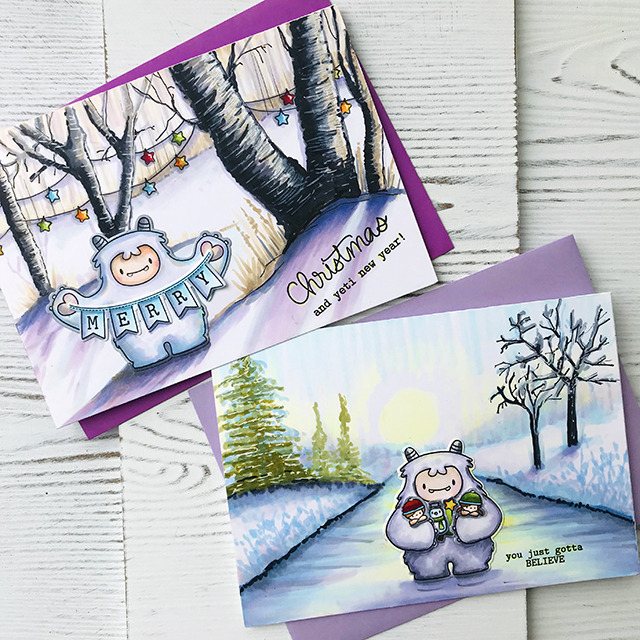 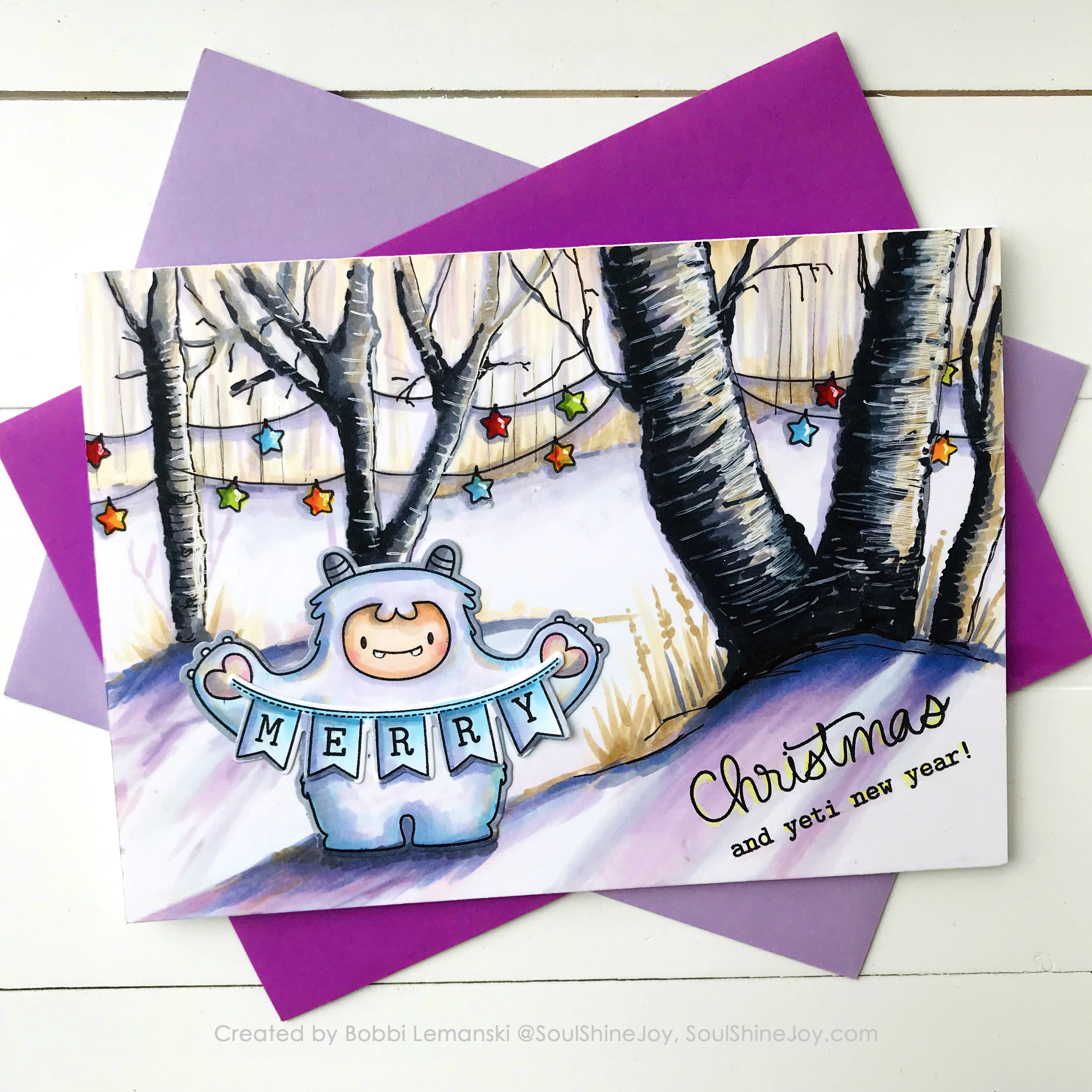 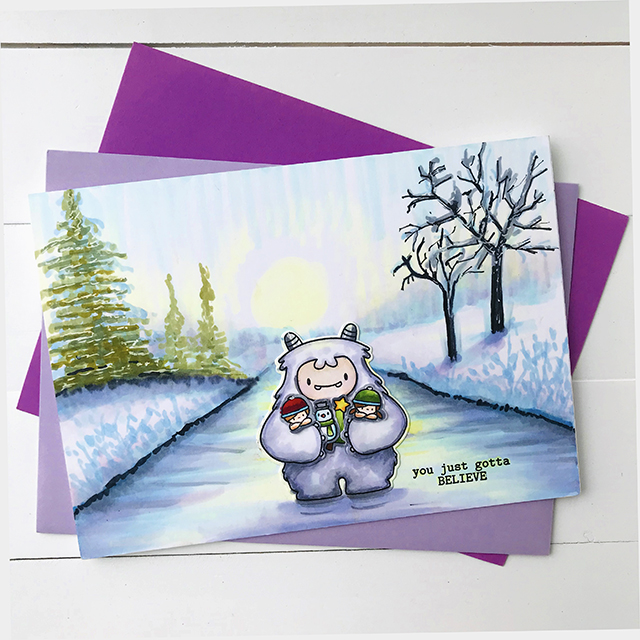 Yetis supposedly live in the Siberian mountains, according to a region that has found “indisputable proof” of the existence of the hairy beasts in an expedition. I’m not here to dispute their claim nor debate where they live. When a yeti is as cute as Mama Elephant’s yeti images, I think they belong in any region! I put this cute guy in two different scenes with snow and trees. Both scenes were my practice sheets from the Winter Wonderland series by Sandy Allnock. Neither scene is perfectly drawn nor colored, but I think they make fun backdrops for the yetis. I want to be able to mail these cards using a first class stamp so I did not add any physical dimension to the cards that would require special handling and/or extra postage. All of the dimension was created with shadows, highlights, and foreground and background elements. 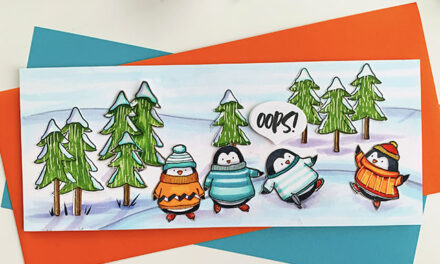 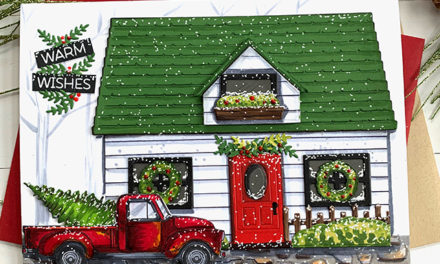 You’re Invited: Home for the Holidays! 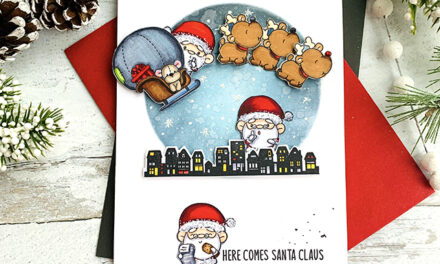 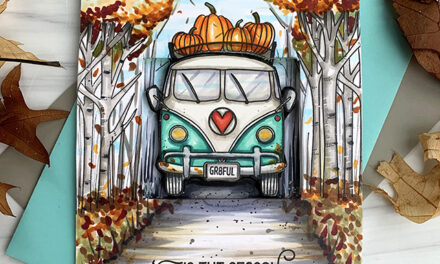 Cruising Through the Seasons