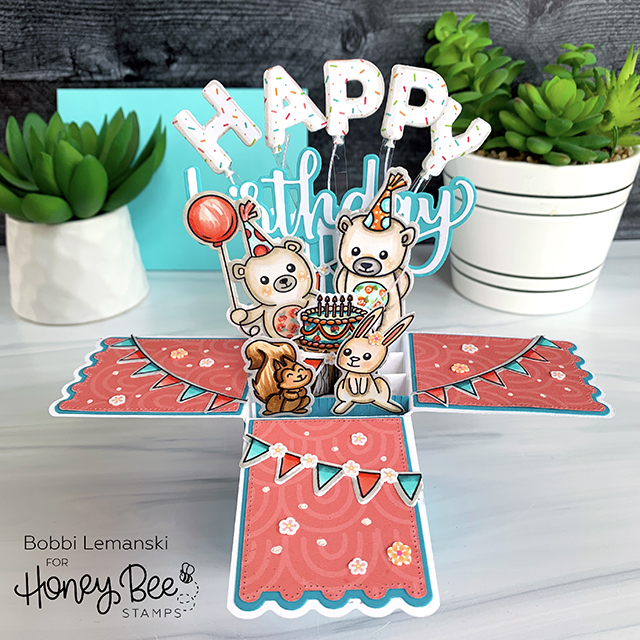 It’s time to reveal the new Honey Bee Stamps 5-year Anniversary Release products. There is so many fun, clever and cute sets to share with you this week. Let’s get this sneak peek week party started today. 🙂 We’ll be sharing new products all week long followed by a two-day blog hop on Saturday and Sunday, April 18 and 19, 2020. I’ll be sharing products on the first day of the blog hop, Saturday, April 18. The new sets will be available to purchase on Friday, April 17 at midnight, EST.

Today, I’m sharing the following new sets. I used them to make this explosion box card. The card creates quite a surprise when it is opened.

To create this surprise card, I die cut elements of the box from colored cardstock and pattern paper from the paper pad, Over the Rainbow. The characters, banners, cake and tree stump were stamped and die cut from the Happy BEEday set as well as the balloons from the Balloon Alphabet die set and the birthday script word from the Buzzword Birthday die set. 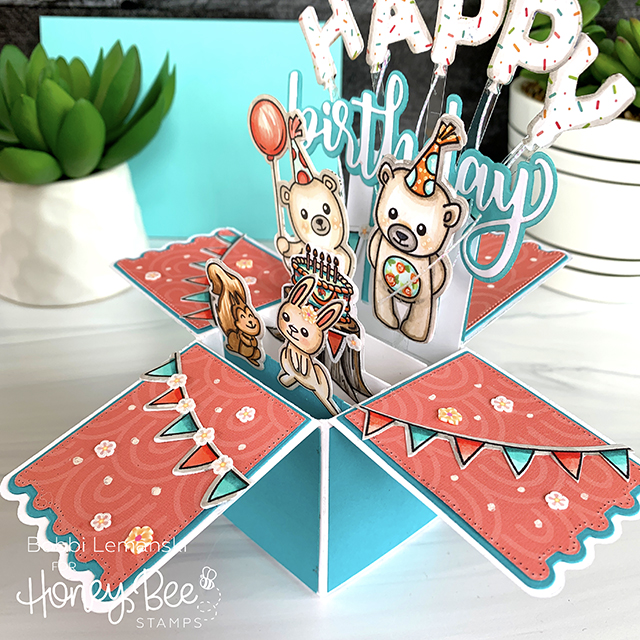 Quick assembly tip: There are three white interior walls that are adhered inside the box. Each insert has tabs on the sides to adhere to the interior sides of the box. To place them evenly apart, begin by adding the first one with the tabs pointing to the back. Butt up the tabs of the back box wall. Then, place the next insert in, butting the tabs up to the last insert, etc. You will place three inside the box.

The colored images were added to the interior wall panels to create a dimensional scene. The balloon letters were elevated, over the characters using strips of clear acrylic. I added strings to each balloon. Banners were attached to the box flaps. I added Plumeria Clay Flowers on the front banner, between the pennants and on the side flaps. I used my white gel pen to add some dots on the flaps, too. 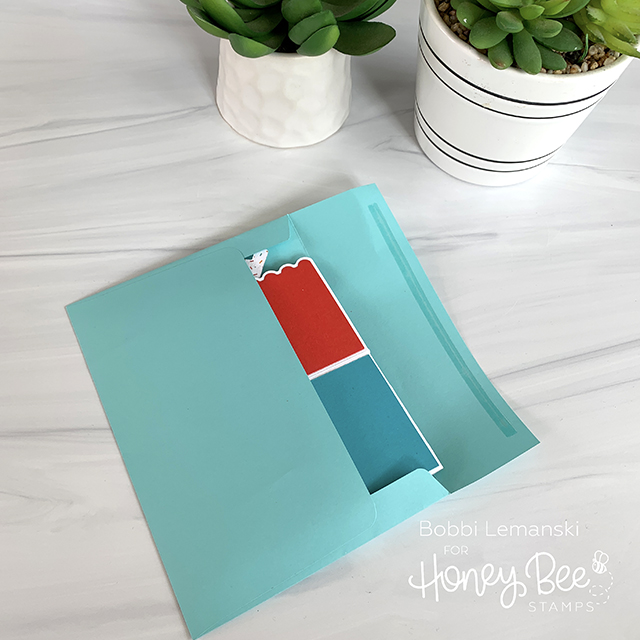 The surprise box folds flat for mailing. Because I added extra height to this box by adding the alphabet balloons, my box requires a 5″ X 7″ A7 envelope to fit the contents. However, if you keep your design smaller as intended, this box will fit inside an A2 envelope for mailing. 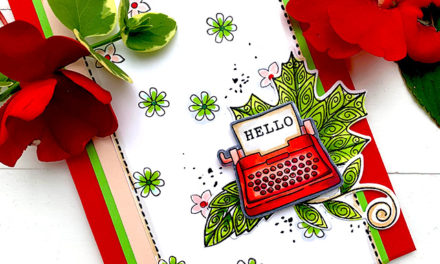 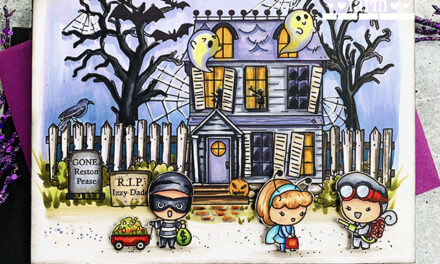 Halloween Night by The Greeting Farm 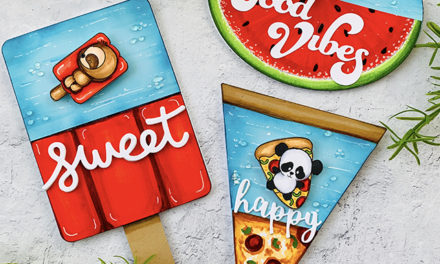 Pool Parties Come in all Shapes! 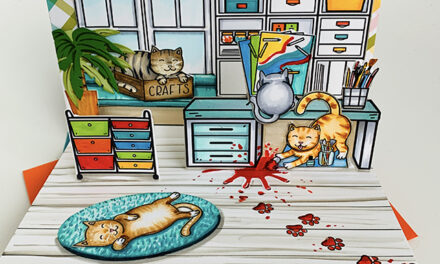