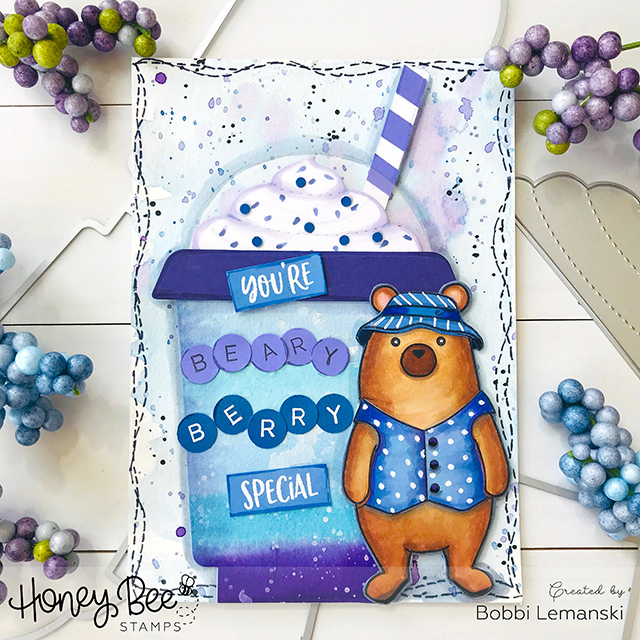 To make this delicious blueberry smoothie, I die cut all of the frappe card pieces. Today, I’m only using the front of the card. I cut the back off and will save that piece for another card down the road. This is a great die set because it allows you to make a full card in the shape of a frappe. The inside of the frappe piece was cut from Canson XL Watercolor paper that I had watercolored by brushing on colors of blues and purples. I also flicked on some white paint to break up the colors and give the appearance of froth or unmixed portions of the smoothie. The dome-shaped cup topper was cut from clear acetate (hard to see here) to give the appearance of a clear plastic topper and the whip cream was cut from white cardstock. 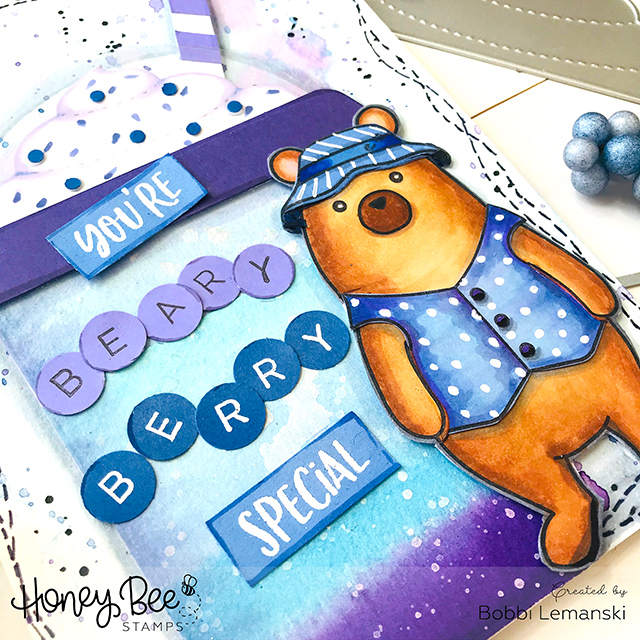 I stamped and die cut the bear image. I colored Bill the Bear using Copic Sketch markers in E57, E23, E55, E33, and E31. I colored Bill’s vest and hat using Copic colors of V04, BV13, BV00, BV000, B00 and C5 for outlining. I added some BV coloring to make the whip cream stand out a little bit more with some dimension under the dome. I added a few blueberry punched circles to the top of the dome for added interest.

To make the straw, I cut the die out of white cardstock and just adhered strips of violet cardstock to the front. I wanted a solid shade like a straw would look so I used colored cardstock v. drawing and coloring in the diagonal lines using a Copic marker.

The background of the card front was made using Canson XL watercolor paper. I applied a light blue and violet wash first and then flicked on colors in deeper shades of blue and purple for a whimsical look. I added black stitching around the edges to add a little contrast to the background, too.

The cup was assembled together and a the straw was added to the top. I embossed the sentiment words and letters in white embossing powder on blue and purple shades of cardstock (used black ink for “beary”) and punched / cut them out. I used a circular punch for the berry and beary letters because (1) they remind me of blueberries and (2) it was a lot easier than trying to stamp the individual letters perfectly next to each other! The sentiment was glued to the front of the cut and Bill was added using dimensional foam to “pop” him out a bit. This card is a 5″ X 7″ card so the frappe fits on the front and still left room for some background to show, too. 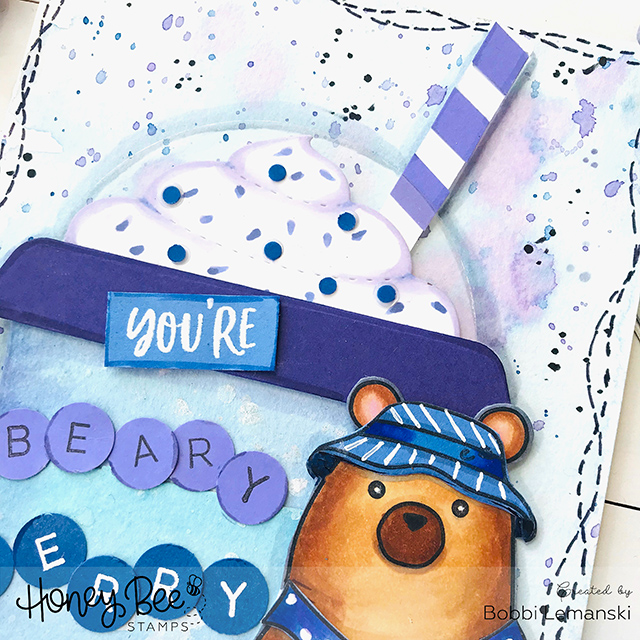 I don’t know about you, but this blueberry deliciousness makes be hungry for a blueberry shake or smoothie.

Thanks for visiting! I hope you have a beary, berry good day! 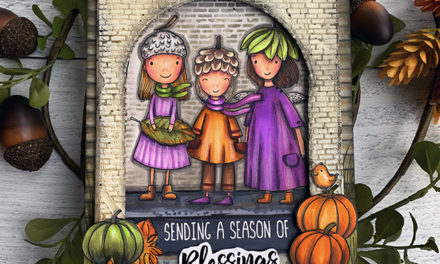 Blessings from the Acorn Sisters 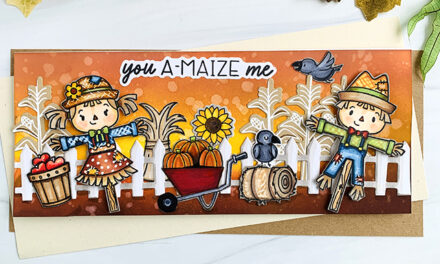 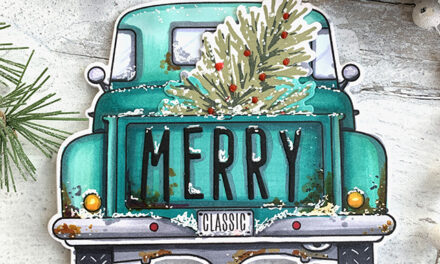 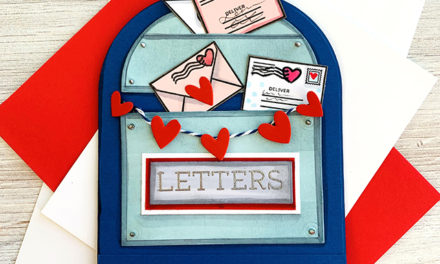