Believe in You – Faceted Stripes Stencil 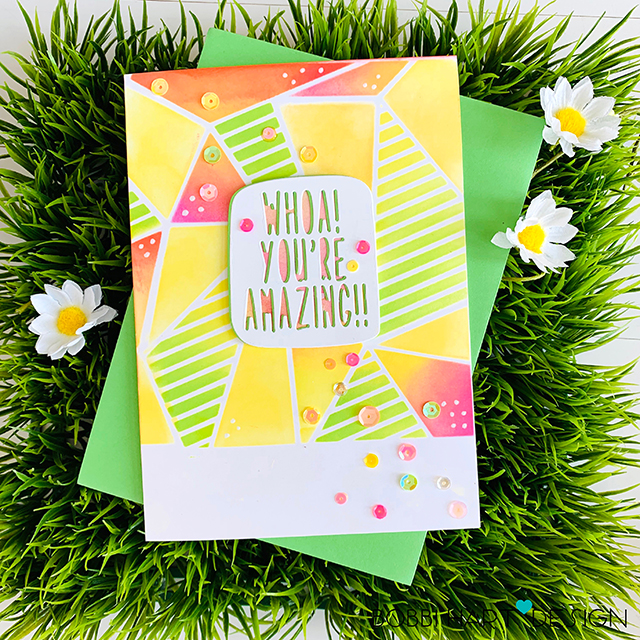 I’m sharing a card I made using a new stencil from the Simon Says Stamp, Believe in You collection. It’s called the Faceted Stripes Stencil. I used distressed inks in Abandoned Coral, Twisted Citron, Squeezed Lemonade and Picked Raspberry for the background. I also used the Whoa! You’re Amazing wafer die from a previous release. 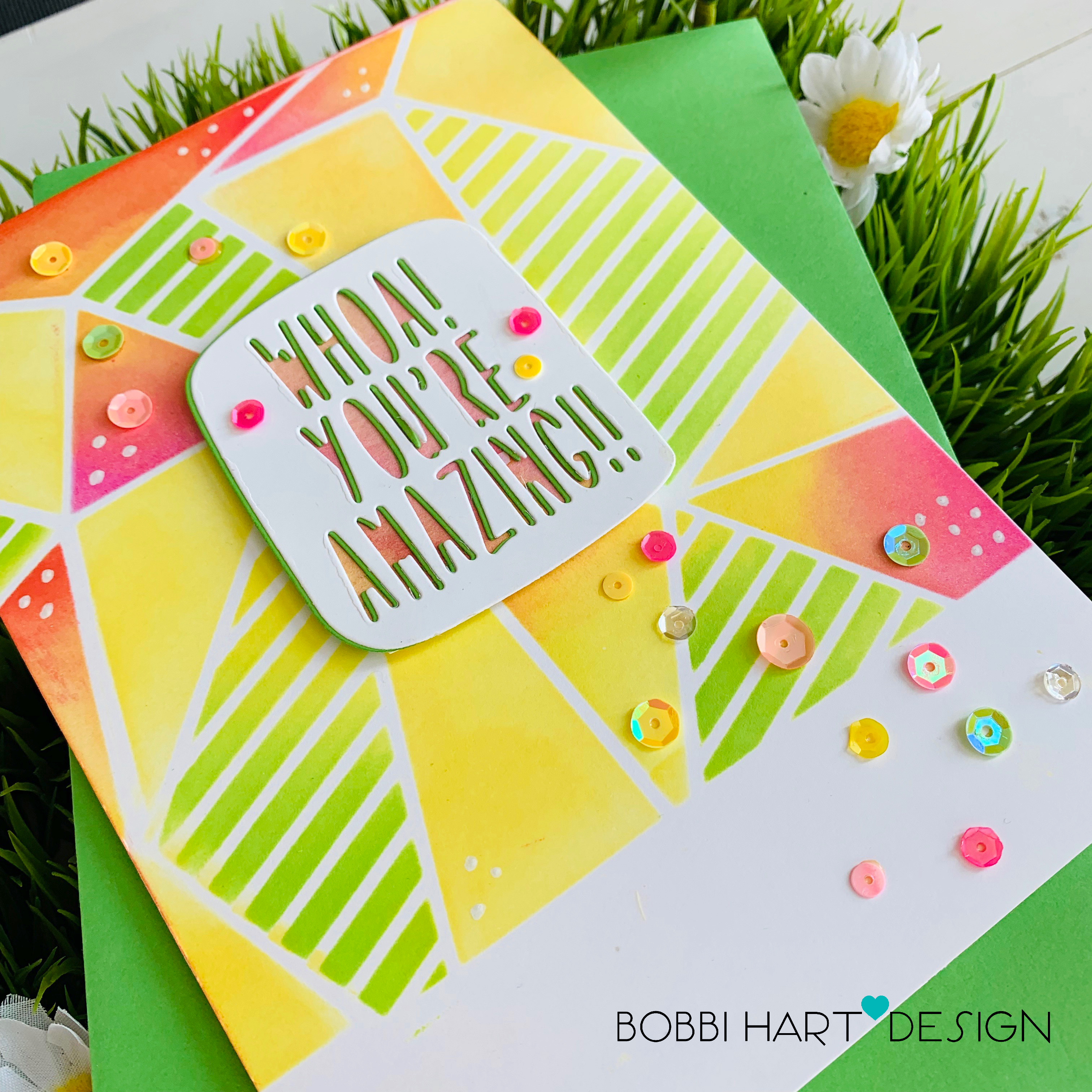 The inside of this card reads, “Whoa…you’re amazing and multi-faceted!”

To make this card, I simply masked each triangle and colored it using my inks and an applicator, allowing the two-tone triangles to blend together in the middle. For the phrase, I die cut the Whoa!… phrase out of white and green cardstock and offset the green a bit for a bit of a shadow behind the white. I added a scrap piece of watercolor paper I had painted for another project that had pinks and yellow tones on it for a softer look to fill in the letter openings. Lastly, I added sequins in coordinating yellows, pinks and greens for a bit of sparkle.

The stencil is 6″ X 6″ and my card measures 5″ X 7″ so there is white space at the bottom. I chose to leave it like that for a little break for the eyeballs (:)), but you could stencil the entire front by simply moving the stencil around. Here’s a few more photos… 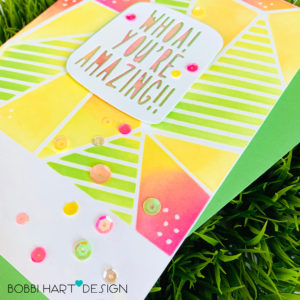 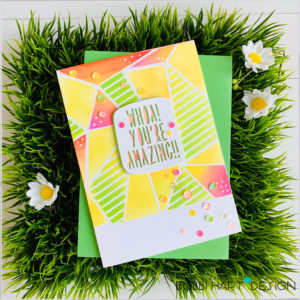 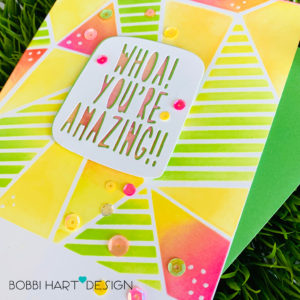 Check out the entire Believe in You collection at Simon Says Stamp. There’s lots of fun stamp and die sets just waiting for you to apply your creative touch to them!

Have a wonderful and multi-faceted day filled with creativity and love! 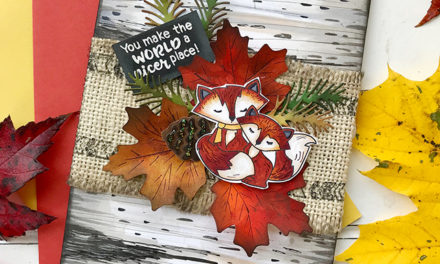 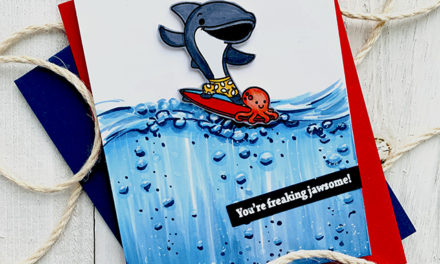 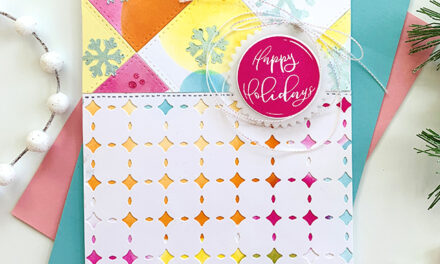 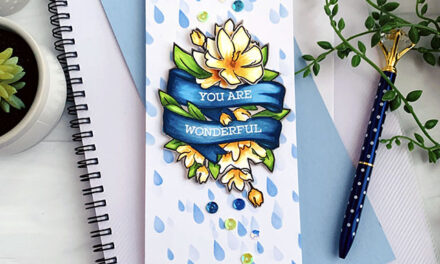