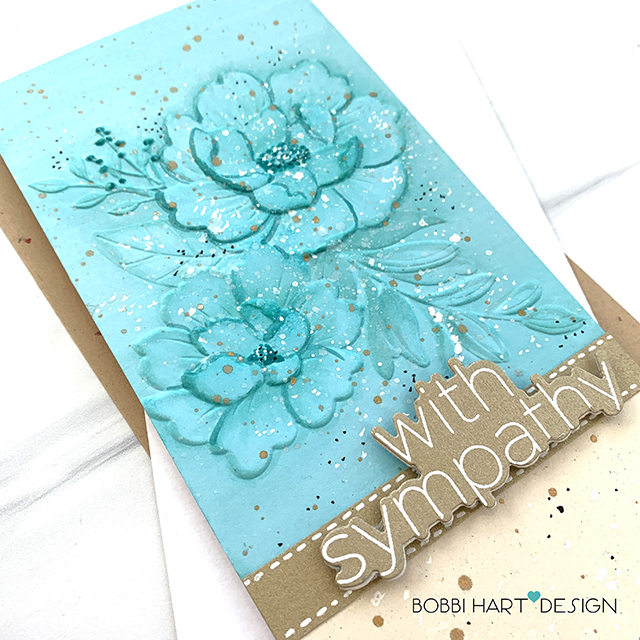 Hello Friends. I’ve got a another slimline card to share featuring a new embossing folder by Simon Says Stamp, from their latest holiday release, the Holly Jolly release . The folder is called, Peony Bundle. I paired this folder with the CZ Design Clean Line Everyday stamp set,  Together, they make a beautiful sympathy, birthday, thinking of you occasion card. 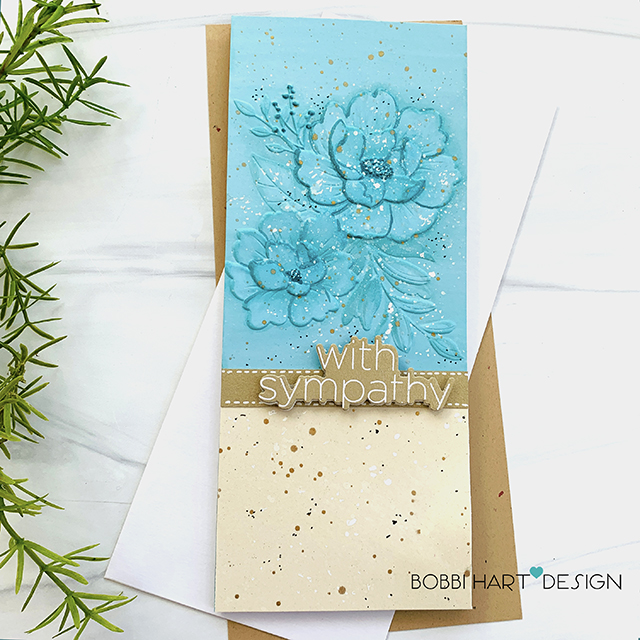 This slimline card measures 3-1/2″ wide by 8-1/2″ tall. To create this card, I embossed the peony design on the blue cardstock. I added some shading to make the beautiful flowers “pop” off the card front. 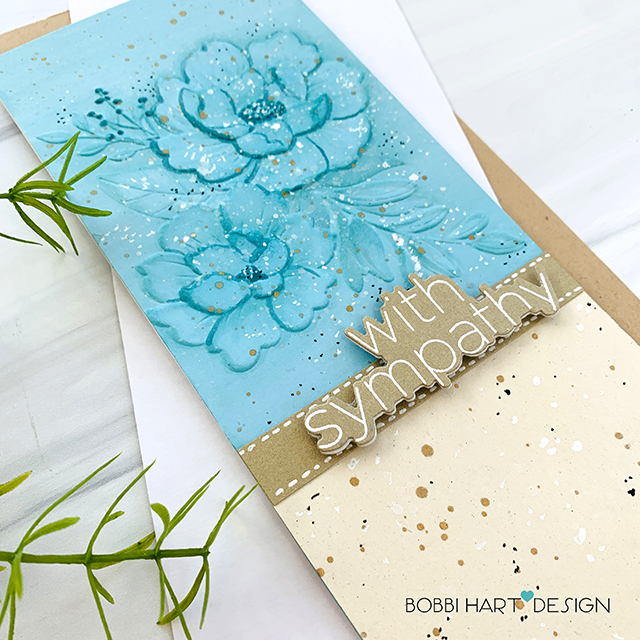 I added a natural ivory to the lower half of the card, and a metallic band to the area where the blue butts up to the natural ivory. (Note: See comment about splattering the paints on the card before adding the band and phrase.) I like to use HBS Precision Glue when I’m adhering everything together. I added faux stitching to the band using my white gel pen, treating it almost like a ribbon. The white matches the embossing of the phrase, too. 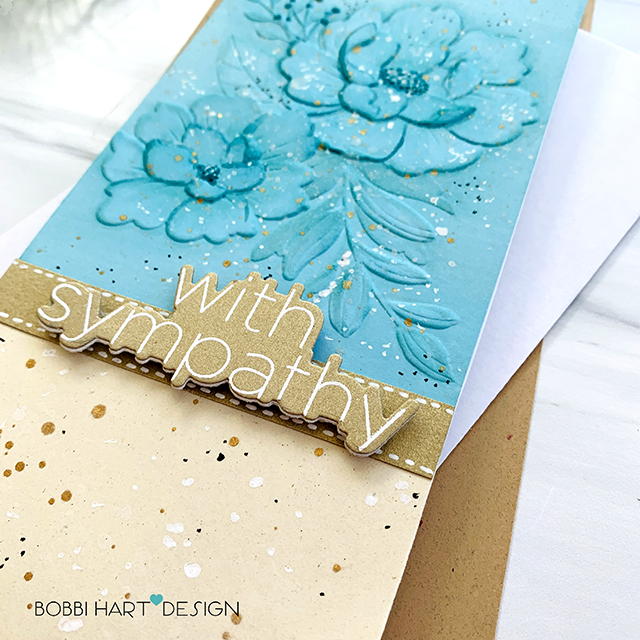 I embossed the phrase in white using WOW white opaque embossing powder. I die cut the phrase and some craft foam in white to raise the phrase from the card front and attached it to the band. 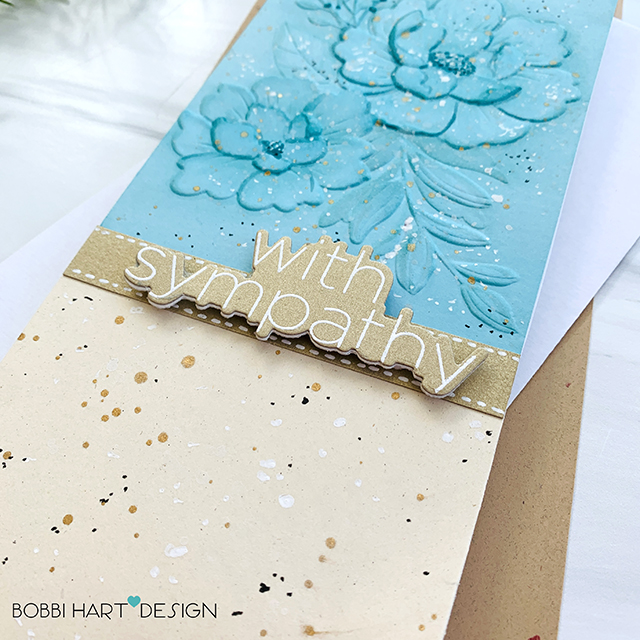 Lastly, I splattered on white paint and gold metallic paint  as well as a little black to finish the look. When splattering, I covered the band and phrase and did not splatter them. I would splatter before adding these, too. 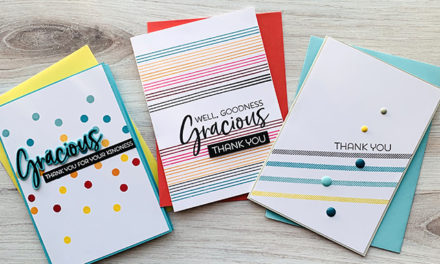 Resolution: More Thank You Notes in 2020 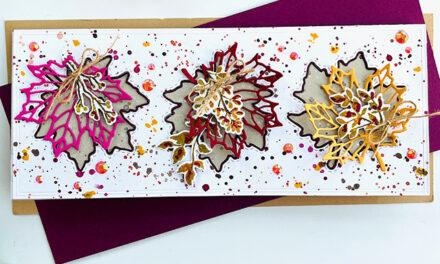 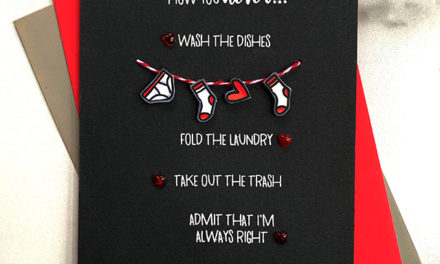 Love and a Laugh for the Other Half 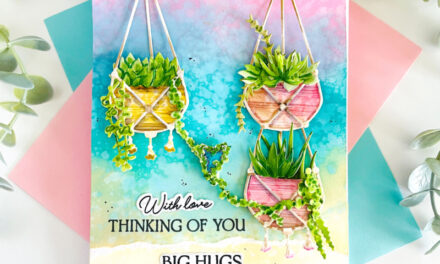