Rascals in the Moonlight 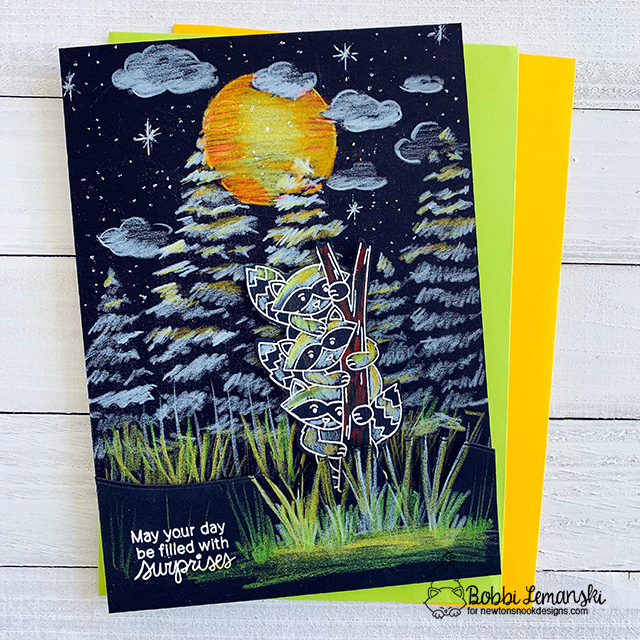 It’s the second week of the Newton’s Nook Inky Paws Challenge #96. This challenge is all about using colored pencils. For my second inspiration challenge card, I’m using Newton’s Nook Raccoon Rascals stamp set and the Evergreens,  Bokeh  and Cloudy Sky Stencils for this card.

To make this card, I used colored pencils on black cardstock to make it really stand out. I mainly used a white and a couple shades of yellows which makes this one pretty easy to do.  To begin, I embossed the rascals image using white embossing powder on black cardstock. I colored in the design using the white pencil. Raccoons are generally gray/black so this was an easy animal for this coloring approach. Their bandit eyes remained black. I added some yellow to highlight the tops of their heads and body parts to give the appearance of the moonlight shining down on them. I also added some brown to the limb/branch. I fussy cut the design, added dimensional foam to the back and set the focal design aside while I made the backdrop for this scene.

To create the background, I first colored in one of the circles from the Bokeh stencil to create a moon. I used shades of yellow and a little orange to make it really pop off the black. Next, I used the Evergreen stencil to create the trees around the moon, carefully, adding them to the front and back of the moon. All I did was color in the stencil design using my pencils. It’s easy to do. I added some yellow to the tops of some of the trees, again to give the appearance of the moon casting light down on the trees. Clouds were added to the sky along with some white dots for a starry look. A grassy landscape was added to the bottom, after adding the focal point to the front using some green pencil with the white and yellow. Finally, I added the phrase to the front, embossing it with white embossing powder.

That wraps up this second inspiration card for Challenge #96. (Here’s a look at my first card.) Now it’s your turn to get busy and link up your card by this Friday, May 3. A random winner is chosen. You just need to use Newton’s Nook products to qualify to win. Details of the challenge can be found at InkyPawsChallenge.com.

Thanks for visiting!  Hope you have a great day! 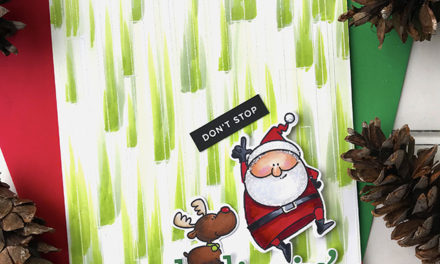 Don’t Stop Believin’ in the magic of the season! 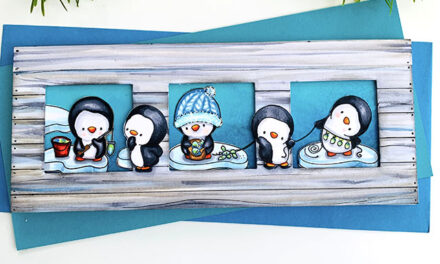 Fishing You a Happy Birthday 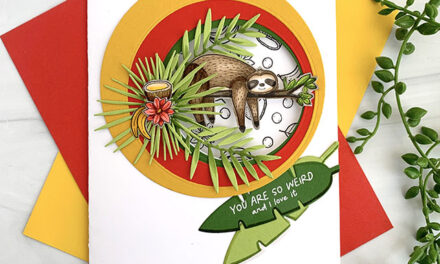 You’re Weird And I Love It 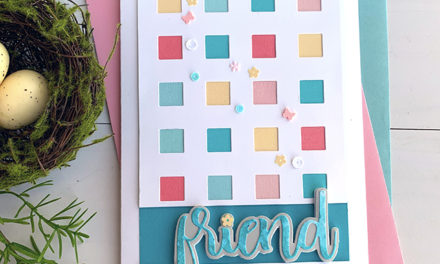